i don't have to tell you things are bad. everybody knows things are bad. it's a depression. everybody s out of work or scared of losing their job. the dollar buys a nickel s worth, banks are going bust, shopkeepers keep a gun under the counter. punks are running wild in the street and there's nobody anywhere who seems to know what to do, and there's no end to it. we know the air is unfit to breathe and our food is unfit to eat, and we sit watching our tvs while some local newscaster tells us that today we had fifteen homicides and sixty-three violent crimes, as if that's the way it's supposed to be! we know things are bad - worse than bad, they're crazy! it's like everything everywhere is going crazy, so we don't go out anymore. we sit in the house, and `slowly the world we are living in is getting smaller`, and all we say is, 'please, at least leave us alone in our living rooms. let me have my toaster and my tv and my steel-belted radials and i won't say anything. just leave us alone!' well, i'm not gonna leave you alone! i want you to get mad! i don't want you to protest. i don't want you to riot - i don't want you to write to your congressman because i wouldn't know what to tell you to write. i don't know what to do about the depression and the inflation and the russians and the crime in the street. all i know is that first you've got to get mad! you've got to say, "i m a human being goddamnit! my life has value!!" so, i want you to get up now. i want all of you to get up out of your chairs. i want you to get up right now, and go to the window, open it, and stick your head out and yell: "i m as mad as hell, and i m not going to take this anymore!!" i want you to get up right now, sit up, go to your windows, open them and stick your head out and yell - 'i'm as mad as hell and i'm not going to take this anymore!' things have got to change. but first, you've gotta get mad!...

"i'm as mad as hell, and i'm not going to take this anymore"

you have meddled with the primal forces of nature, mr. beale, and ı won't have it! ıs that clear? you think you've merely stopped a business deal. that is not the case! the arabs have taken billions of dollars out of this country, and now they must put it back! ıt is ebb and flow, tidal gravity! ıt is ecological balance! you are an old man who thinks in terms of nations and peoples. there are no nations. there are no peoples. there are no russians. there are no arabs. there are no third worlds. there is no west. there is only one holistic system of systems, one vast and immane, interwoven, interacting, multivariate, multinational dominion of dollars. petro-dollars, electro-dollars, multi-dollars, reichmarks, rins, rubles, pounds, and shekels. ıt is the international system of currency which determines the totality of life on this planet. that is the natural order of things today. that is the atomic and subatomic and galactic structure of things today! and you have meddled with the primal forces of nature, and you...will...atone! 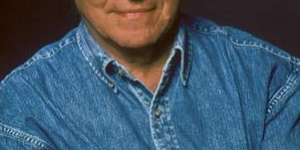 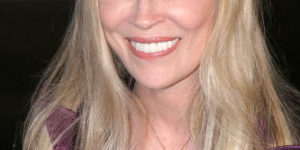