i was born an only child
on a warm jersey night.
my mother was a dressmaker,
my father drove a truck
my family never was much good
when it came to money-luck...no.

me and my best friend took to stealing
when we were only 16.
and one year in the county jail
made a man out of tommy and me.

we caught the train to new york,
we thought we were so tough
we started fighting for quick cash,
we decided we didn't need the money that bad.

we were the runaway children
always lost in the dark
trying to forget where we came from,
trying to make a new start.
oh, but it was so hard.

earned my first honest dollar
workin' at the mill outside of town
tommy went elsewhere
never did like the sound of a poor man cryin'.

tommy got mixed up with people,
the kind of people you just don't get mixed up with
and they beat him so bad, he...
he almost didn't live to regret it...but he did.
uh, thank god he did.

we were the runaway children
still lost in the dark
trying to forget where we came from
trying to make a new start
oh, but it was so hard...so hard...it was just so hard.

and me, i went back home,
oh, and i made it just in time
to say i'm sorry for what i'd done
right before my mother died.

now i drive a truck
just like i swore i never would,
but i need the money worse than i need the luck.
i know my old man just did the best that he could with what he had.
it's funny the things we finally learn how to have of 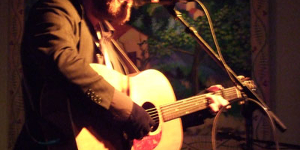